What is the Most Stolen Car in Pennsylvania?

The most stolen car in Pennsylvania and throughout most of the United States is the 1997 Honda Accord. This is a very popular vehicle featuring valuable parts and lacking only one thing: security features. This makes it the prime vehicle for car thieves.

In 2016, CBS Philly reported the most stolen cars in PA were:

These were followed up by various Impala, Carolla, Chevy Silverados, Cherokees and Malibu vehicles.

If you’ve never been in a 1997 Accord, rest assured they are a great car. Moist come with the VTEC 2.2, a peppy little motor which is great on gas and good for 300,000 miles. Even in 2017, plenty of people are still buying these cars for fuel efficient cars to take to work and back home or for their teenagers. The tie rods break on them every 100,000 miles and they need a maintenance every 100k, but other than that, some O2 sensors and a battery now and again, you just fuel them up, change the oil once in a while and drive.

Once jacked and stripped, thieves can get $100 just for an airbag on eBay!

Try to avoid getting run over by one when the thief makes their get away- one lawyer in Philly points out that drivers of stolen cars are technically uninsured drivers.

Of course, not all stolen Hondas are stripped, some are just thrown into a river. Chcek out this cray cray story about a couple who found their car 23 years later (and covered in clams). 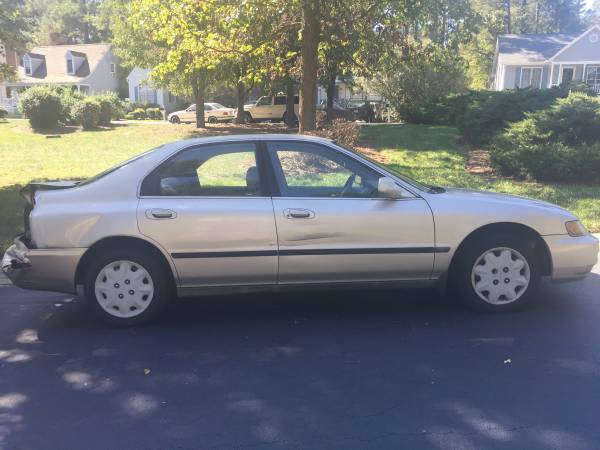 Do I Need A Driver’s License To Buy A Car In North Carolina?

Theme by Anders Noren — Up ↑